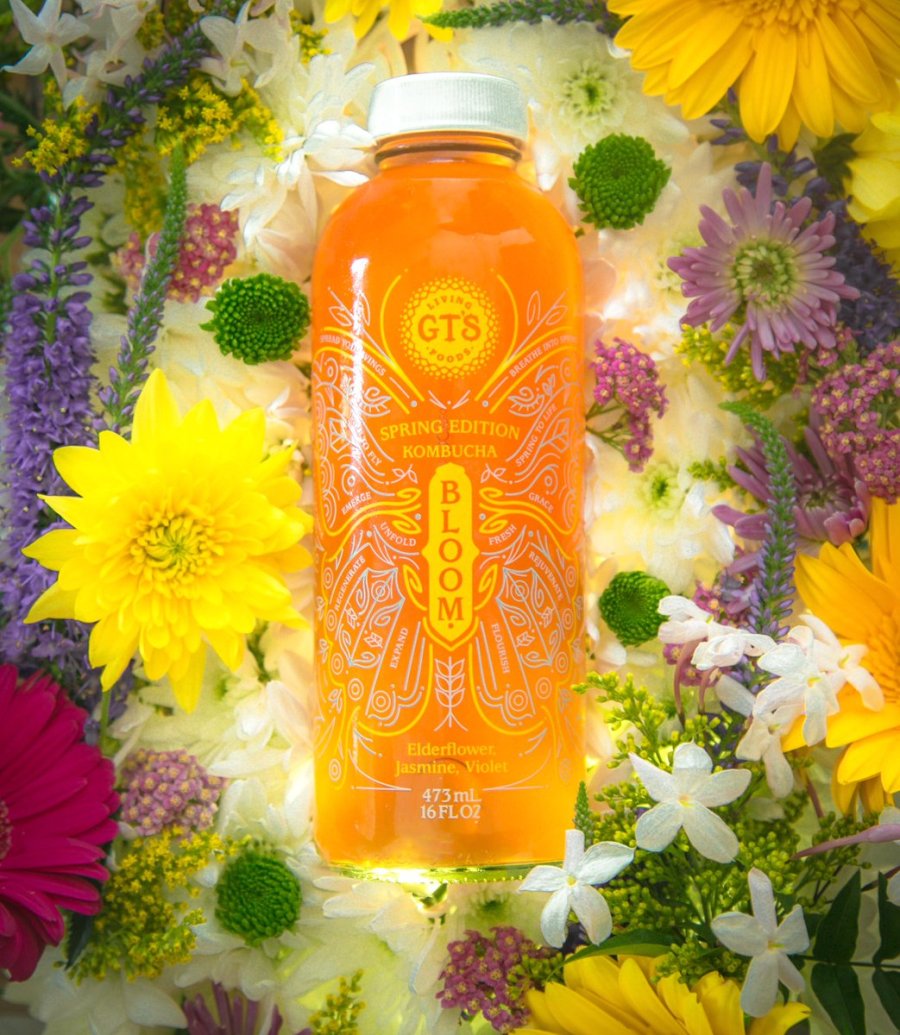 Prologue: Kombucha is a bit weird. I recall the first few times I bought a bottle to try, I anxiously eyed the weird “mother” of fermenting kombucha material floating near the bottom. The flavor of the drink was fine, enjoyable even, but the stringy mass of living stuff at the bottom loomed. I didn’t want to get any in my mouth, so I took extra care to not agitate the bottle, lest any of it shake free from the central mass and float up to where my lips met the liquid. Basically what I’m saying is, I’m kind of fussy about things like that, or at least I was.

Prologue II: I have energy problems. Like, to quote an LCD Soundsystem song, I’m never as tired as when I’m waking up. I spend most of my days trying to feel un-tired. I use caffeine, although I try to be careful and not drink too much, and not drink it too late in the day, because I know it can disturb my sleep and make the cycle of tiredness all the worse. That said, caffeine usually just doesn’t do that much for me. And I am too tired to give a crap about exercising, so that doesn’t work. A lot of this stems from anxiety and depression issues, so it’s kind of its own monster I have to deal with. Anyway, we’re here to talk about kombucha.

Once upon a time, just a couple of weeks ago: I was at the grocery store in my usual exhausted, foggy state of mind, when I walked past a display of bottled kombucha. I had walked past this display each of my previous few trips to this store as well, and during each of those visits, I had stopped to contemplate the bottles briefly (albeit in increasingly lengthy durations on each visit) before moving on without buying one. See, kombucha is a bit pricey, or at least pricier than the bottles of soda I usually impulse buy at checkout. And it’d been a while since I had kombucha, what with the weird stringy mass of living stuff in it, and I just wasn’t ready to chance $3 on a bottle when I wasn’t sure it would be what I was in the mood for.

But this time I really felt drawn to the bottles. I sometimes have odd cravings that overwhelm my usual tastes, and I’ve learned to listen to these cravings, at least sometimes. I reason that my body may very well know what it needs better than I do, from my brain perspective, and perhaps these cravings are a sign of a deficiency. So I gave in to the craving and purchased a bottle of GT’s Trilogy, described as a tangy balance of lemon, raspberry and ginger, with the usual carbonation and living culture inside.

I can’t exactly describe why, but I felt compelled to shake this bottle, and incorporate the living culture into the drink itself. I later read on the bottle that shaking kombucha isn’t a great idea, much for the same reason shaking a bottle of champagne or soda or beer isn’t a great idea (on account of it being pressurized), but I got lucky and the bottle didn’t explode. Instead, I wound up drinking this whole bottle of kombucha, living weird stuff and all, and I felt … weirdly awake. Weirdly active. Weirdly alert. Kinda great! And it tasted good, and didn’t have any slimy chunks in it, which I still was somewhat bracing myself for as I drank it.

So GT’s Trilogy is definitely a win, and definitely recommended. But I also saw another bottle labeled Bloom, with flavors of elderflower, jasmine, and violet. It caught my attention, and I later browsed the GT’s website and found that this is a limited edition, only produced during the spring. So on my next trip to the store, I bought a bottle of Trilogy and a bottle of Bloom for the next day.

I like exploring new flavors. I realize that beverages flavored with flowers are in the uppermost tier of hipster (and hippie) things imaginable, but still! I read on the back of the bottle that the whole mix is also tempered with kiwi juice, so there would be at least one flavor that was familiar to me, along with the usual kombucha tang.

TLDR, or, the final word: I have to say, Bloom is great. It is super refreshing. The flower extracts fit in very well with the tang of kombucha and the tart of the kiwi juice. It just tastes good, like a fizzy, fruity, slightly flowery lemonadey juice of some kind. And it, like the other GT’s Kombuchas I’ve tried, also helps lift me out of my perpetual tired fog in a way literally nothing else I’ve tried, including prescription pharmaceuticals, does. I fully expect that after I’ve been drinking kombucha regularly for a while, that effect may diminish like it does with everything else, but if this drink helps my forever-exhausted self feel somewhat alive, it may very well turn normal people into superhumans.

Also worth noting, in between these GT’s flavors, I did try another brand of kombucha, and it didn’t have the same awakening effect on me. I don’t know how to explain it, but I thought it worth mentioning in case you wanted to do your own experimentation.